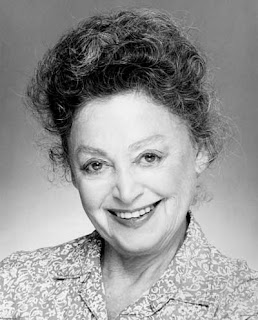 . . . was the way my wife used to refer to my dear friend, Sylvia Davis, in the days before we were married.

I met Sylvia in 1992, when I was volunteering in the Audiobook Studio in the New York Library for the Blind. I'd worked on just a few books before I was teamed with Sylvia as her "monitor" (i.e., sound recordist and occasional, trepidatious editor) for Naked at the Feast, a biography of Jazz chanteuse Josephine Baker. We went on to do eleven books together, after she refused to work with anyone else.

(Under Library of Congress guidelines, the books are recorded unabridged, and with weekly two-hour sessions -- any longer and the vocal tiredness of the volunteer readers can be heard by discerning listeners -- a longish book can take months to complete.)

If ever I missed a recording session over the years, only the studio director, the indefatigable Susan Mosakowski, would be grudgingly accepted as a substitute. Anyone else would result in a sulk.

This exclusiveness was no hardship for me, since Sylvia was the best reader I worked with, and I loved her company, in the studio and often on social occasions. She was also the best prepared -- her reading copy of the book was peppered with penciled notes about emphasis and mood, as befits the professional actress she was and remained through all the time I worked at the library. (My move from Manhattan to Rye seven years ago ended my ten-year stint as a regular volunteer.)

But like so many of her colleagues in the business, she lamented the lack of work, the absence of auditions. Her agent just wasn't calling. And any suggestion that, since she was now in her nineties, she was entitled to a graceful retirement was generally met with a withering, scornful look. (Despite her tiny, elfin physique, she could have the presence of a Titaness.) Sylvia had to keep busy.

Well, she has kept busy, to the point where on Saturday, Sylvia Davis will celebrate her one-hundredth birthday. In her honor -- and with a massive measure of guilt that I can't be with her on the day because I'll be presenting at the Unicorn Writers Conference in Connecticut, I'm going to devote this week's blog entries to a true star of dance, stage, screen, and my life.
Posted by Alan Beechey