See you on the radio.

The title of this post is what 11-year-old Tertius said as he waved me off on yesterday's expedition to the wild and untamed badlands of Greenwich, Connecticut, there to be interviewed by the two wittiest and most talented radio hosts in the business, Kim Burns and Bonnie Levison. (At least he didn't tell me I had a face for radio.) 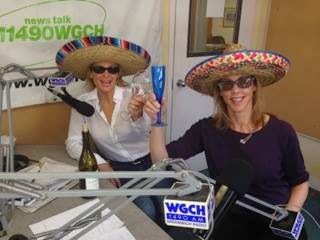 Kim's a stand-up comic and a writer (and an old friend), Bonnie's also a stand-up and teaches storytelling in connection with New York's the Moth. Their show, "Anything Goes," features on Greenwich's WCGN, and the whole procedure was a delight and relatively painless. My doctor says I should be able to walk again within a week or so, although I may need eschew shorts for the time being.

Listen for yourself [Click here] to some of Kim and Bonnie's earlier podcasts. Go on, you know you haven't got anything better to do, or you wouldn't be here.
Posted by Alan Beechey No comments:

Is this the world's rudest woman?

Everybody read the previous (i.e., older) post? Good. The scene is set.

I go into Arcade to buy Didi's book. Proprietor Patrick is deep in conversation with what seems to be a self-published author seeking shelf space. So I patiently station myself in front of the counter to signal that, for once, my intentions go beyond that of another author craving validation and sales estimates. I am, ahem, a paying customer.

A few seconds later, Patrick's assistant Aly emerges from the rear office. Simultaneously, the front door is flung open and a woman comes in, talking loudly and angrily on her cell phone about something to do with a renovation that doesn't seem to be going to her satisfaction. She pushes past me, takes up a position at the counter, and without breaking her phone conversation for a second or lowering her voice, thrusts her platinum American Express card at Aly.

(Well, I say pushes past me, but that would suggest she was even slightly aware of my existence.)

Aly, puzzled, looks to Patrick for help. He's forced to interrupt his chat and suggests that the woman might have a book on order. The woman is still half-screaming at a contractor, still flapping the charge card, without making eye contact. Aly reads the name on the card, finds it in the order book, and is able to retrieve the volume. She charges it, gets the woman's signature, and hands her the purchase. Still without acknowledging her surroundings, the woman grabs the book and stomps out of the store, not even pausing for a thank you.

In An Embarrassment of Corpses (now in paperback, did I mention that?), Superintendent Mallard reveals that he keeps a mental list of the people who, in his personal opinion, deserve punishment even if they haven't technically broken the law. Guess who's just gone to the top of my own list?

Posted by Alan Beechey No comments:

The end is in sight. (And for once, that's not a bottom joke.)

My friend Maureen Amaturo always reads the final pages of a book first, to see if she's going to like it. As a mystery novelist, obsessed with the architectural unfolding of my story and the power of suspense and misdirection, this pisses me off. But if you, dear reader, skip to the very end of This Private Plot,  you'll see Maureen is the first person thanked in the acknowledgements, despite her appalling reading habits. That's mainly (but by no means exclusively) because she's the founder of the Sound Shore Writers Group, whose members patiently reviewed the book as it emerged, chapter by chapter. 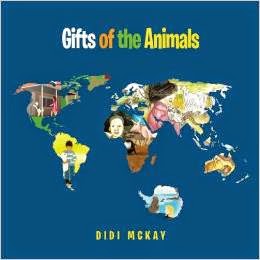 Maureen must be doing something right, because another former member of the group, Didi McKay, is also in print right now, with a charming new children's book called Gifts of the Animals.

Didi has the enviable day-job of working at the Stepping Stones Museum for Children in Norwalk, Connecticut, a frequent destination for the Beecheys when my kids were younger. Some of her colleagues provided the book's lovely illustrations of animals raised by families around the globe. 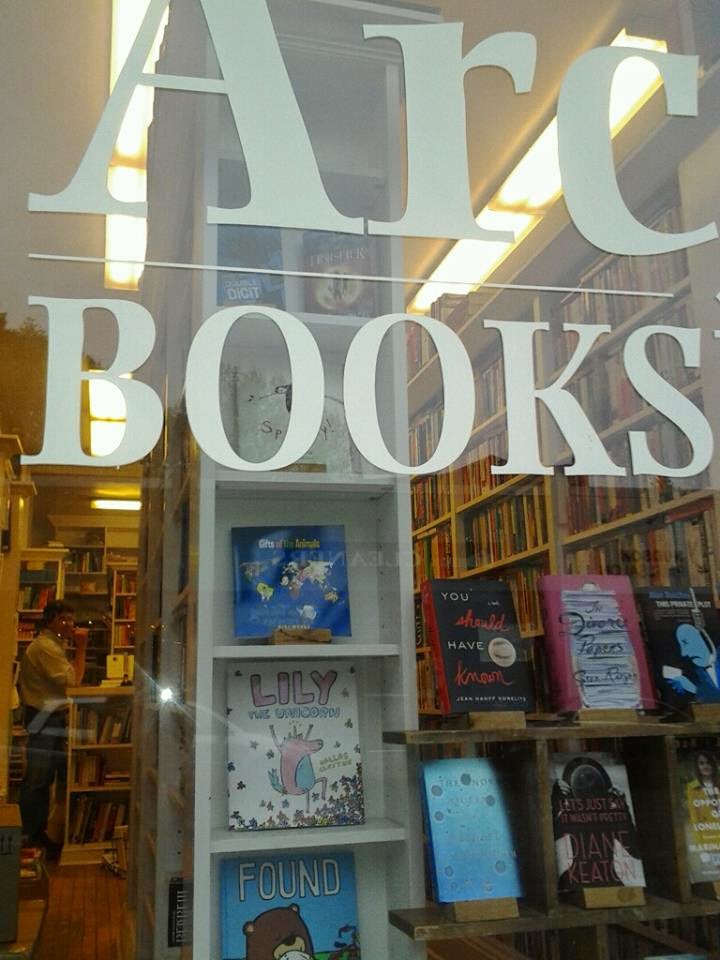 Here's Didi's book, in a photograph she took of the window of Rye's Arcade Books. It's the blue one under the "O." And do you see what's under the "S"?

(As for the title of this post, it's a bit of an in-joke. Barbara Peters, my editor at Poisoned Pen Press, in an effort to rein in the Briticisms, placed a restriction in the number of times I could use the word "bottom" to refer to Effie Strongitharm's posterior before reverting to "buttocks." I got three in, all in the first chapter.)
Posted by Alan Beechey 3 comments:

To whom this may concern.

"To lose one parent, Mr. Worthing, may be regarded as a misfortune; to lose both looks like carelessness."

On this American Mother's Day, I'm happy to report that one of my co-mothers is alive and well and Morris dancing in Maidstone. (If you can call that living.**) And just as Laurence Olivier was eleven years older than Eileen Herlie, who played his mother, Gertrude, in his film of Hamlet, so my lovely Mum is actually far younger than me.***

But switching to the three I lost, I was very happy to memorialize my adoptive parents at long last in the dedication of This Private Plot, with apologies to the friends who are going to have wait for another book before their turn comes up. (I promise to write more quickly this time.)

Here's the text, so you know who to blame.

*This does reflect a development in This Private Plot, but you'll have to get to Chapter 39 before you see the connection.

***That joke would be funnier if she didn't actually look it. By the way, Hamlet is also given a workout in TPP, not least by the Theydon Bois Thespians in their first appearance on the stage in Stratford-upon-Avon.
Posted by Alan Beechey No comments:

Sunday (May the Fourth) was Star Wars Day. (It thurroundth uth and bindth uth).

Benighted mortals! Today is the official publication day of This Private Plot, the third title in the somewhat optimistically styled "Oliver Swithin Mystery Decalogy," although if I continue at this rate, I'll be 107 before Oliver and Effie get to third base.* 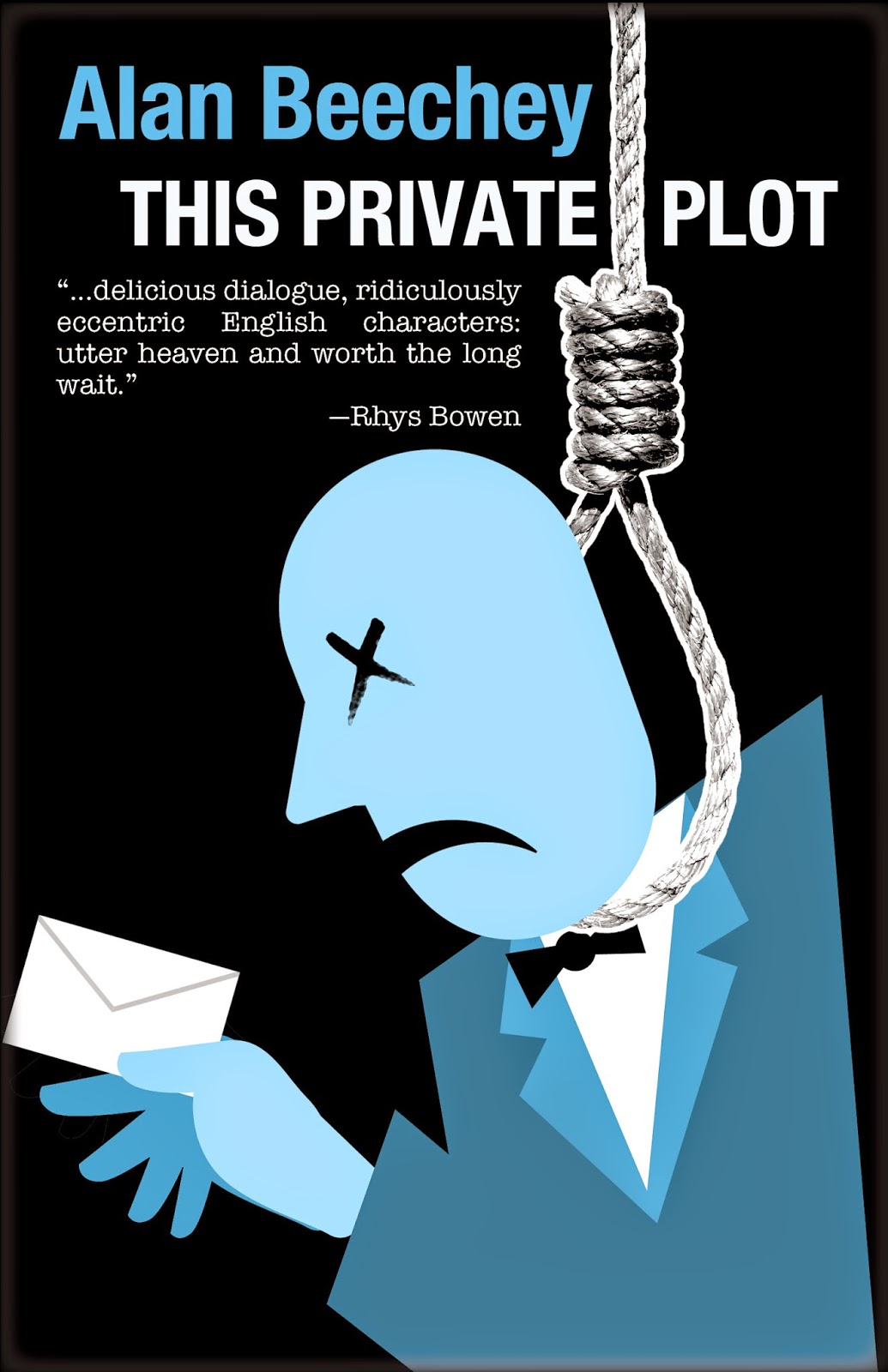 Anyway, don't waste your time reading this blog entry. Go and buy it! Now! (We cozy authors are tough.)

Or better still, mail me $5 directly, then you don't have to read it.

The other titles are also out in paperback today, for the first time. Buy them too.


*Just kidding, that happened between An Embarrassment of Corpses and Murdering Ministers. But most of This Private Plot is about Oliver's failure to score a home run in the bedroom of his childhood.
Posted by Alan Beechey 2 comments: